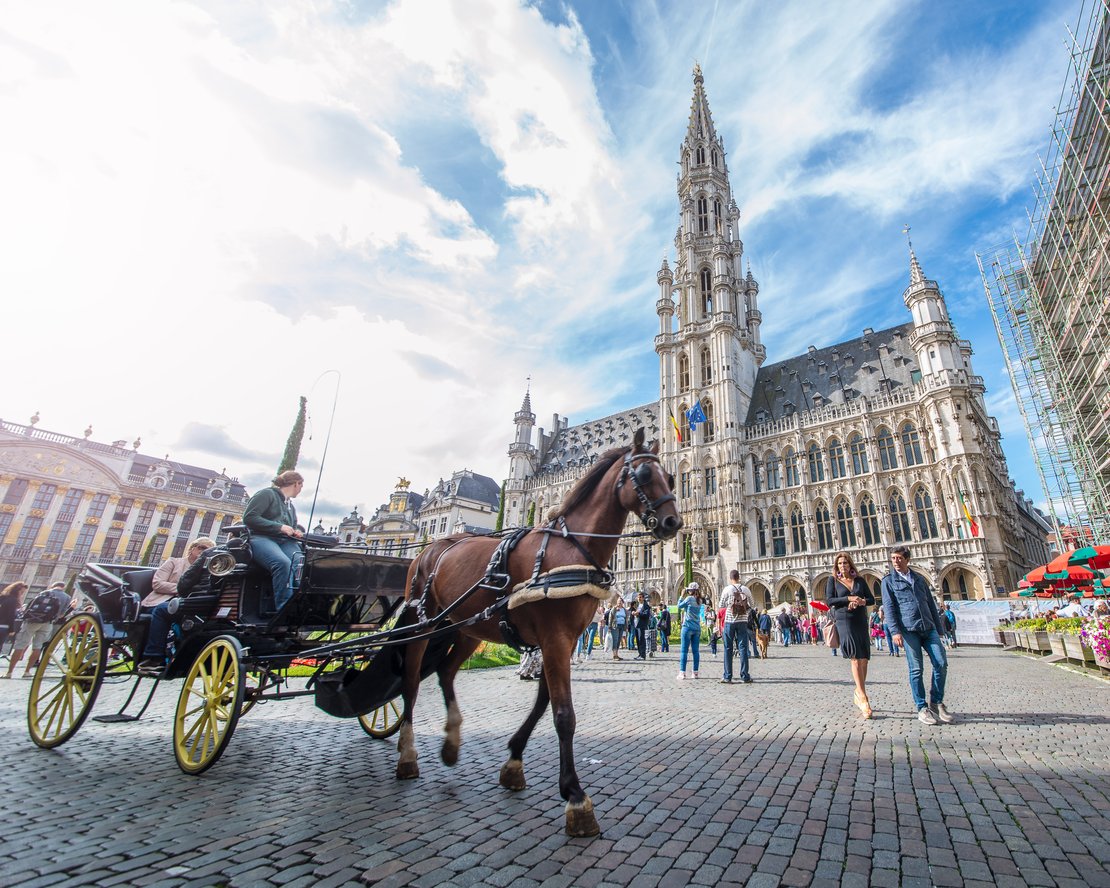 Imagine a cosmopolitan metropolis, a melting pot of the world's cultures and languages.

A dynamic city with modern infrastructure, whose sights have been recognized by UNESCO as World Heritage Sites. A city where major events and previews are the order of the day. A city where the quality of life is certainly far above average.

Now imagine another city, a city with human dimensions, which you can cross almost on foot. A city where green spaces take up more space than building sites. A city in which the friendliness of its inhabitants is only surpassed by their self-irony and quirky sense of humour. A city in which a surprise awaits on almost every street corner and whose charm ensures that you immediately feel at home.

And now imagine these two cities are really one city... You are in Brussels! European capital, capital of comics, surrealism, art nouveau, chocolate and beer. A city that is out of the ordinary and that has produced countless talents. A paradoxical city that magically adapts to your desires and possibilities, just waiting to show you all its qualities.

The EU, the Grand' Place, the Atomium and the Maneken Pis are undoubtedly the symbols of Brussels.

But Brussels offers much more.

Enjoying a delicious Kriek beer or one of the many locally produced beers on the Grand' Place is always an experience. A journey in the footsteps of Victor Horta, one of the continent's greatest Art Nouveau architects, will also delight your guests. With René Magritte you will dive into the world of surrealism. The Magritte Museum in the Place Royale houses the largest collection of works by the artist. Here you can also discover his favourite pubs like "La Fleur au papier" or "Greenwich".

Beer, pralines and chocolate are closely associated with Brussels and Belgium. The proof of the pudding is in the eating? Why not both? In seminars on these subjects, your guests will learn all about these local specialities. We would also recommend a trip to the EU quarter and the nearby Jubelpark with its fantastic collection of oldtimers, the Kunstberg or the Sablon, a treasure trove for flea market fans.